It’s been a while since I dug into the roots of a word. I think I’m overdue. Gender First, what does it mean? As of 1300, the English language noun meant kind or sort or class. No impli…

Source: Across the Genders

To further my Fairy Doctoring, I have created a site to help advertise my services.

Defining witchcraft has been haunting me for a time. It is something that cannot be limited to simple definitions. Witchcraft is a living and breathing word that changes like the world. It exists in a seemingly untouchable state within an unseen plane. It is a tree of the earth, but we merely can observe what is on the surface. How can one define something that is riddled in constant change, secrets, and unseeable forces? Here comes my dilemma.
When I seem certain as to what it is, the craft shows a completely different course to my path. It leads me farther and farther down into a spiral. I know in my heart that my ideas and thoughts will always change, just as witchcraft does. But as I grow and learn, it is important for me to contemplate and ponder about such subjects. It is with that action I am able to better see myself and know myself as not only a witch, but as a person.

So what is witchcraft? It is a craft of magical intent and skill. But, it is far more than just this. It is full of sin, it is selfish desire, it is true wickedness, it is literal poison. It is defined by the accuser saying that it is not of god… it is satanic. This is true. Witchcraft is a maleficent form of magic, for it is not bound by the laws of gods or men; the elite or the powerful. It is a practice of traitors, rebels, and poisoners. We seek the counsel of gods, spirits, demons, and fairies for our own benefit, for our own narcissistic spiritual prostitution.

Yet…If you still are reading this, you know witchcraft, and do not fear the roots and dirt. The witch knows themselves and the nature of the world. You know of the blossoms and fruit that spawn from this tree: just as you know the roots that live deep in the dark earth. Witchcraft is a poison to the accuser, but an antidote to the witch. Poisons kill and cure dependent upon the knowledge and understanding of the poison.  And this is why witchcraft is feared. Witchcraft seeks those that know it, for we are kindred. It is inherent of spirits and everything around us. It cannot simply exist in the mind.

The craft is an action, an experience, a relationship. The witch may be cut from society, but they cannot be cut from the world, from the otherworld. It is a spiritual practice of magic and is one with nature. But, it is not merely limited to one aspect of nature. It is both the wild forests, but also the urban cities of man and technology. For nature is the very existence of life and death itself. It is the connection between polar opposites. A path bouncing between two extremes, becoming crooked in this action.

Taking in what is around, a witch can find the magic in anything. The tools of our lives can become sacred objects. It is of practical actions and sacred rites. Two extremes and all in between. When I discarded the binary concept of good and evil, when I truly cut my ties with Christianity, I truly started to understand this all. I understood that it is completely alien to the norms of society. I cannot truly describe it. For witchcraft is more than just paragraphs of words. It is the heart and mind of every witch, both living and dead. Yet, it is a sentient beast of its own. One that doesn’t speak, it can only feel.

There’s a piece wad please a brownie : a comparative study of offerings to the fairies in traditional cultures and contemporary earth-centred religions: by Silvester, Niko

The object of this thesis is to compare the practice of giving offerings to the fairies between two broad groups: the traditional or folk cultures of the Celtic areas and contemporary Earth-Centred spiritual groups. These offerings are discussed in terms of form and function in each of the two groups, and compared between groups. — The data for this study comes primarily from printed sources in the case of the folk tradition and printed and online sources in the case of Earth-Centred Spirituality. Information for both groups has been supplemented by personal communications and e-mail correspondence. — The emphasis of this thesis is on comparison between the folk tradition and Earth-Centred Spirituality, however, differences within each group are also noted. Most people following Earth-Centred Spiritualities have looked to folklore to some degree for inspiration or at the very least for enjoyment. It is this which forms the basis for the relationship between the two groups.– Abstract of the Thesis

Looking through informative papers and books about both the classical and modern Fairy Faith, I ran into this thesis paper by Niko Silvester. It certainly has lots of information and sources.

If you’re curious as to the Fairy Faith and working with fairies, this text has a lot to offer. You can pick up a legal download from the link listed above.

The topic of Familiars in modern witchcraft is a bit  misinformed as to what exactly these beings are. Some say they are simply a pet belonging to a witch; however, it is far from the case. In the hopes of clearing things a bit up for my followers, I am writing this to explain what Familiars are and the differences between the different types.

There are a few different types of Familiars to consider. There are:

Let’s discuss what they are and how they differ from another. 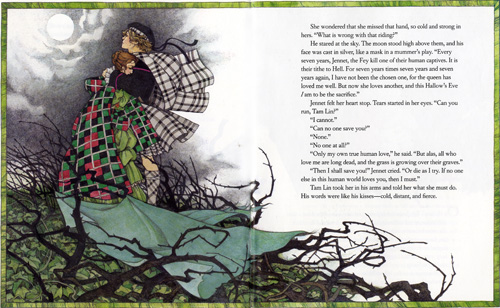 This is somewhat comparable to the Holy Guardian Angel found in various practices of high and ceremonial magic, such as the Order of the Golden Dawn. It is the human familiar spirit, the fairy lover, the demon lover, the spirit companion, the familiar self, the witch’s doppleganger. It is the you that is separate, yet it is its own entity. These are the beings that witches met when flying to the sabbat, their spirit lover. Typically, it is opposite to the witch, “In 1633, Margaret Johnson, the Lancashire witch, stated that besides theire particular familiars or spirits, there was one greate or grand devill, or spirit, more eminent than the rest. Shee allsoe saith, yt if a witch have but one marke, shee hath but one spirit; if two, then two spirits; if three, yet but two spirits. Shee alsoe saith, that men witches usually have women spirits, and women witches men spirits,” (source). It might be that these spirits are complete opposites to their witch counterpart; however, it may also be they take a form most desired by the witch. It is why some have Familiar spirits of the same gender, or spirits that change gender along with their witch.

Examples of The Familiar Spirit

The Witches’ animal familiar, maleficent animals, divination animals, domestic familiars. These are, usually, physical creatures or vessels that act as the witch’s familiar. These are the creatures people typically think of when thinking of familiars. They are the witch’s pet, servator, companion, spy, and aid in the magical arts.

Now from this, there are 2 main sort of imps. A living creature of flesh such as a rabbit, cat, or dog. There are also imps that are merely spirits tied to a vessel. These vessels can be anything from stuffed animals to bottles or urns. The Familiar’s spirit possesses the vessel, which then it seeks to serve the witch. It can be an actual spirit or even created by a witch (or even by another spirit). Now the interesting part of this is that the living creatures can even act as vessels for familiar spirits.

They take similar roles to spirit guides and spirit helpers; however, they, like imps, also require a pact as well. A witch can have many familiar spirits all that serve their needs depending on the reason for the pact. However, the pact isn’t always made through physical means vs the pact made with imps.

These are known as “Totem” familiars. Bloodline familiars are those that are passed down from hereditary practices, from parent to child. Covens have also been known to have these, and can give access to these familiars through initiatory means. They are familiars that serve specific bloodlines or groups, and only grant their power and aid to those within it.

One can also argue that a Bloodline familiar is not truly a spirit, but rather an icon. A symbol of that family or coven, in which appears in dreams as a sign or omen. I attempted to do more research into this, but it was only mentioned in one of my texts, “There is that which is used as the coven “totem” animal, mentioned earlier in connection with the symbolism of the witch bracelet. This symbolic animal form is decided upon at the formation of a coven by mutual agreement among the members and after much introspection and divination. The chosen totemic animal form or forms, for there may be several, is then ritually “assumed” by coven members during the chain dance at the Sabbat itself, and also should they at any time wish to indulge in the practice of “sending for the fetch,” commonly Omens and auguries of coming events may also be drawn by the seasoned practitioner from the appearance on the scene of one such specimen of a coven totem, a grey bird maybe or a large black cat. Part of this witchlore may have filtered out in the past and now be responsible for the common public beliefs about lucky or unlucky black cats crossing one’s path, and so on,” (Mastering Witchcraft by Paul Huson).

The Pact (how does one get a familiar?)

The pact is something that is spoken of within many witch confessions and trials. The witch obtains the familiar, forges a pact, and begins the relationship. Familiars were told to appear in a few different ways.

There are those that believe every witch will have at least one familiar, whether it be a physical creature or not. Though, familiars don’t appear in every witch lore. It is mostly common in western European witch lore.

What does the pact entail? Typically, it involved the feeding of blood to the familiar to strengthen the bond and forge the union. I’ve seen reference to a few other methods such as spiritual sacrifice, offering of milk or food from the same dish, or even scraping off bits of your kitchen table to feed the familiar. Others reference to rituals being performed to summon the fetch and create the bond. Though one thing is very important, the witch and familiar must be bound to one another body and spirit.

This allows the witch to travel to the Sabbat with their familiar, perform magical acts with them, or even hag ride them into the night.

Hope this helped clear a bit up! My resources are below. As a note: I do reference reading Margaret Alice Murray, not for her incorrect theories, but for her amazing resources. When reading her books focus on quoted references. You can also do further research by searching into her sources (though some are difficult to find).